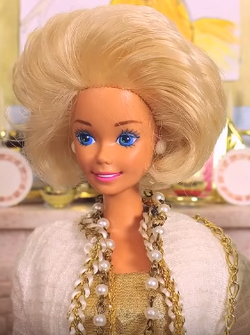 Margaret Roberts is one of the supporting characters of the Barbie Parodies. She is the mother of Barbie Millicent Roberts, Tinka Reynolds, and Tod.

Margaret is shown to be a dismissive and negligent mother towards Barbie, Tinka, and Tod.

This is a gallery of photographic stills released to promote the character.